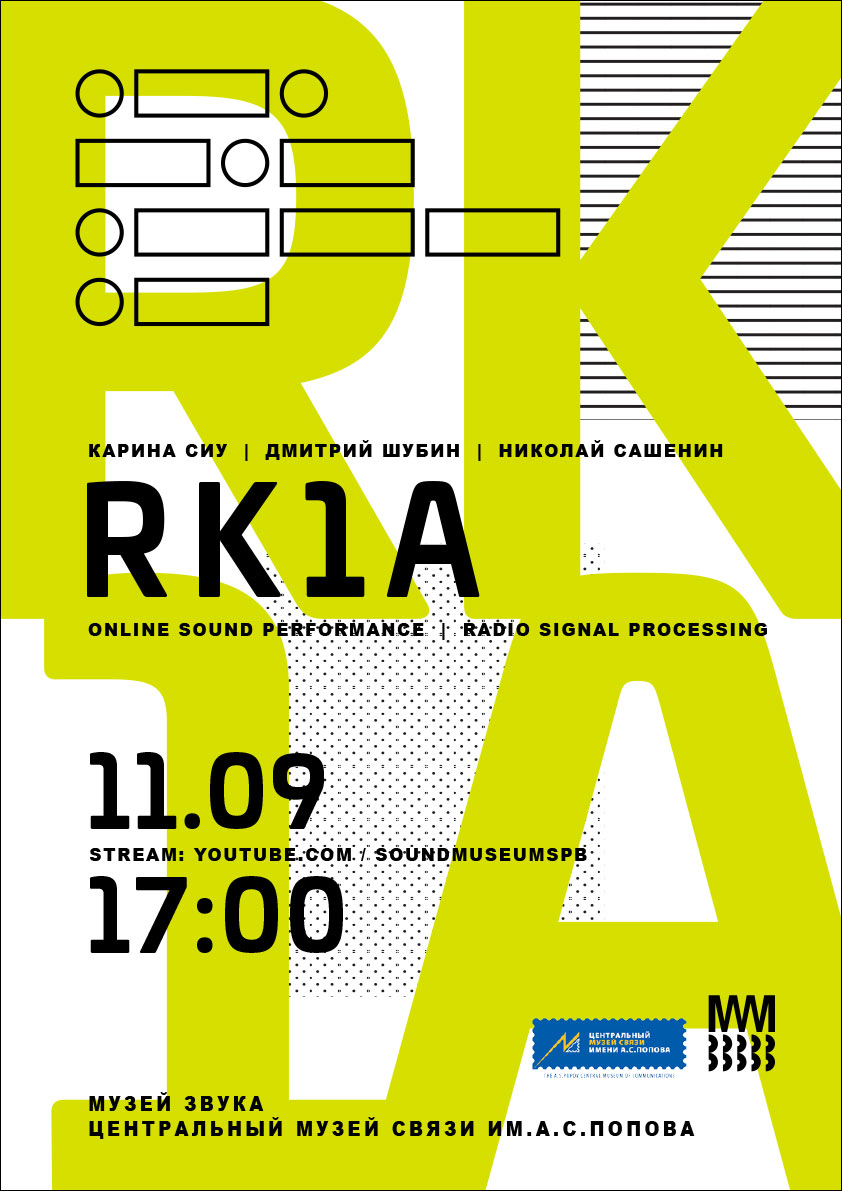 September 11 is considered the date of foundation of the A.S. Popov, which appeared back in 1872. This year the "birthday" will be marked with a special sound performance prepared by two museums - A.S. Popov Central Museum of Communications and the St. Petersburg Museum of Sound.

Karina Siou is a musician, sound artist, DJ. She studied at the St. Petersburg School of Improvisational Music and later at the Laboratory of New Media. Explores the possibilities of experimental electronic and improvised music, media performance, spatial sound and color & light movement.

Dmitry Shubin is pianist and improviser, performing live improvised music. He also creates sound installations and audio-video projects with emphasis on the integration of sound and image. He is a conductor of St.Petersburg Improvisers Orchestra, as well as St.Petersburg Improvisers Choir; a founder of Sound Theater; curator of the School for Improvised Music (St.Petersburg). He is the laureate of the Grand Prix of The Sergey Kuryokhin Contemporary Art Award (2016).