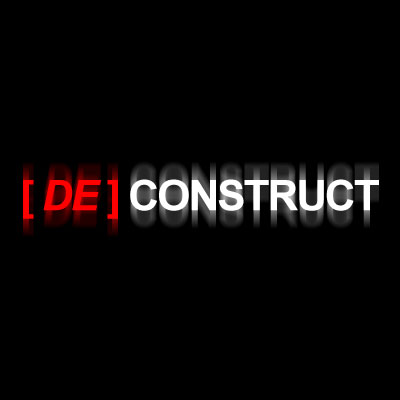 Deconstruction is a term introduced by well known philosopher Jacques Derrida, and one of his famous works is titled "Letter to a Japanese friend". Derrida shows there the impossibility of the concept of "deconstruction" - as impossible is the exact definition of improvised constructions, if we speak about the sound and music in general.

"The chance, first of all the chance of (the) "deconstruction", would be that another word (the same word and an other) can be found in Japanese to say the same thing (the same and an other), to speak of deconstruction, and to lead elsewhere to its being written and transcribed, in a word which will also be more beautiful."  (Jacques Derrida, "Letter to a Japanese friend")